These Times @ The Spatial Music Workshop 2018

Want to learn more? Want to play with balloons and tracking technology? Get in touch using the details in the footer. And don’t forget to sign up to our newsletter! 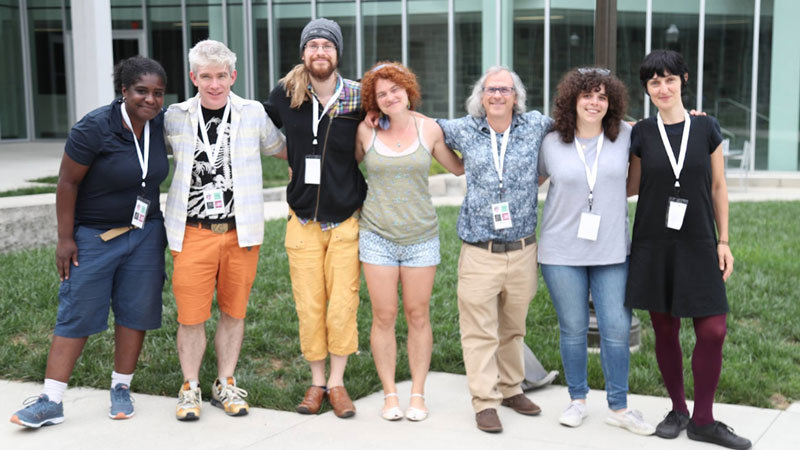 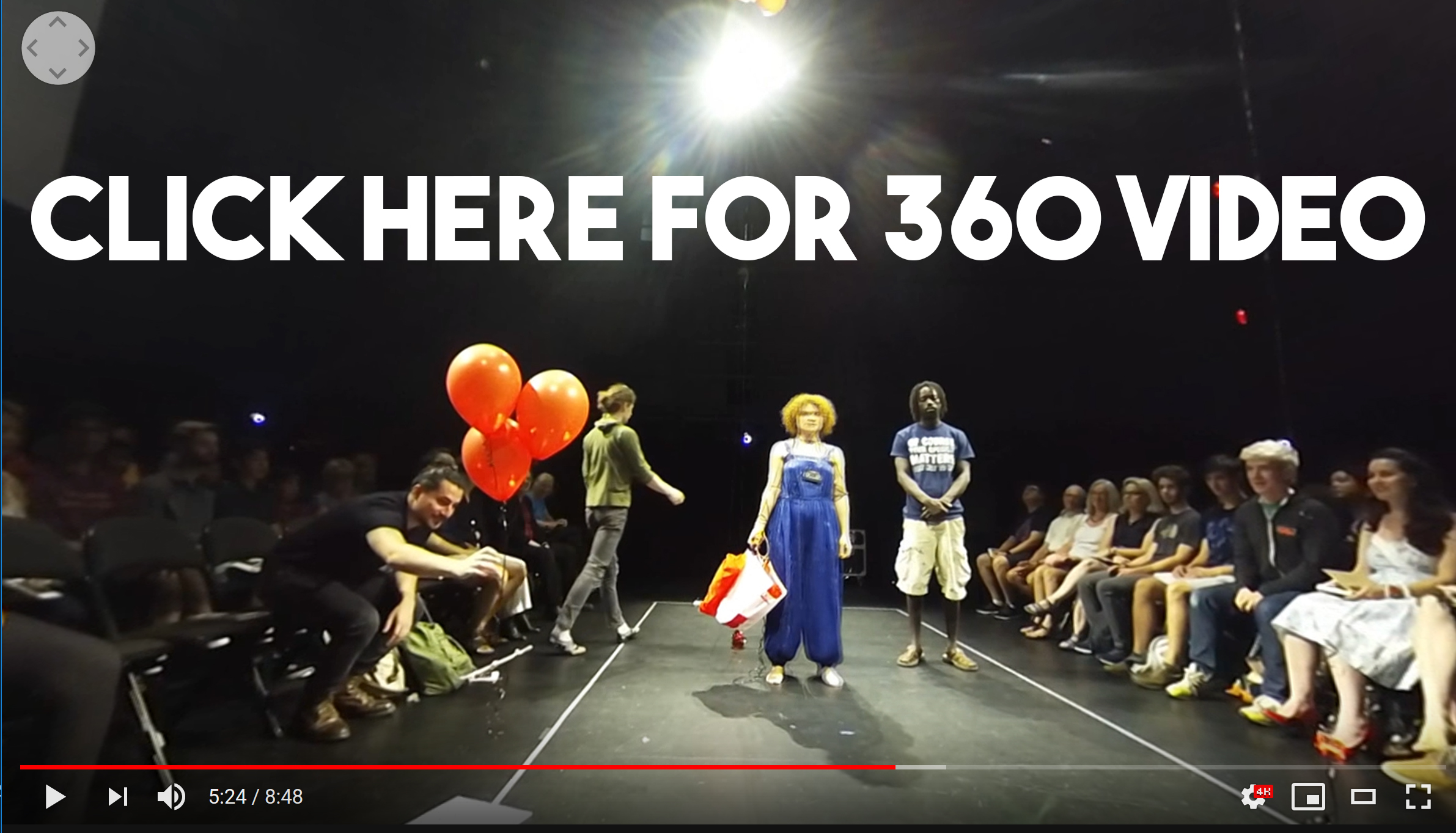 Born out of a visit to Virginia Tech university as part of another project in 2017, BAGEL+BALLOON returned to VT’s ICAT  facilities. responding to a invitation to participate in the Spatial Music Workshop run by Eric Lyon. The SMW has historically been comprised of composers exploring the unique audio facilities of THE CUBE so we felt very honoured as a theatre maker and games designer to take part among the sound experts!

The workshop was a crash course in the coding language MaxMSP, use of the two-dozen Qualisys motion capture cameras, and the theory and practice of ambisonics!

We came to the workshop from England with a bank of sounds from free sources online and a go-get-em attitude towards bringing some form of interaction to a performance piece enacted in THE CUBE with a participatory audience.

Across four days we created a 10 minute long test where audiences were able to play with helium balloons to bring the sound of rain down from the ‘sky’ and pull fragmented clips of cassette tape memories out of the past. The experience was guided by a sound technician (BAGEL) to add a responsiveness to the piece and a performer (BALLOON) to encourage the audience to get up out of their chairs and into the spotlight.

The bright red helium balloons were a serendipitous discovery made during the workshop that took full advantage of the four-story high vertical space. We tracked the balloons using reflective tracker balls – stuck in an Andy Serkis like fashion to university store shot glasses on the strings – and then mapped their mocap data them to cross-faded sound tracks in MaxMSP.

The workshop culminated in the formation of our most recent collaborative project, ACOUSCOUS, with RYAN BAKER, KAT MCMANUS, and TANNER UPTHEGROVE. 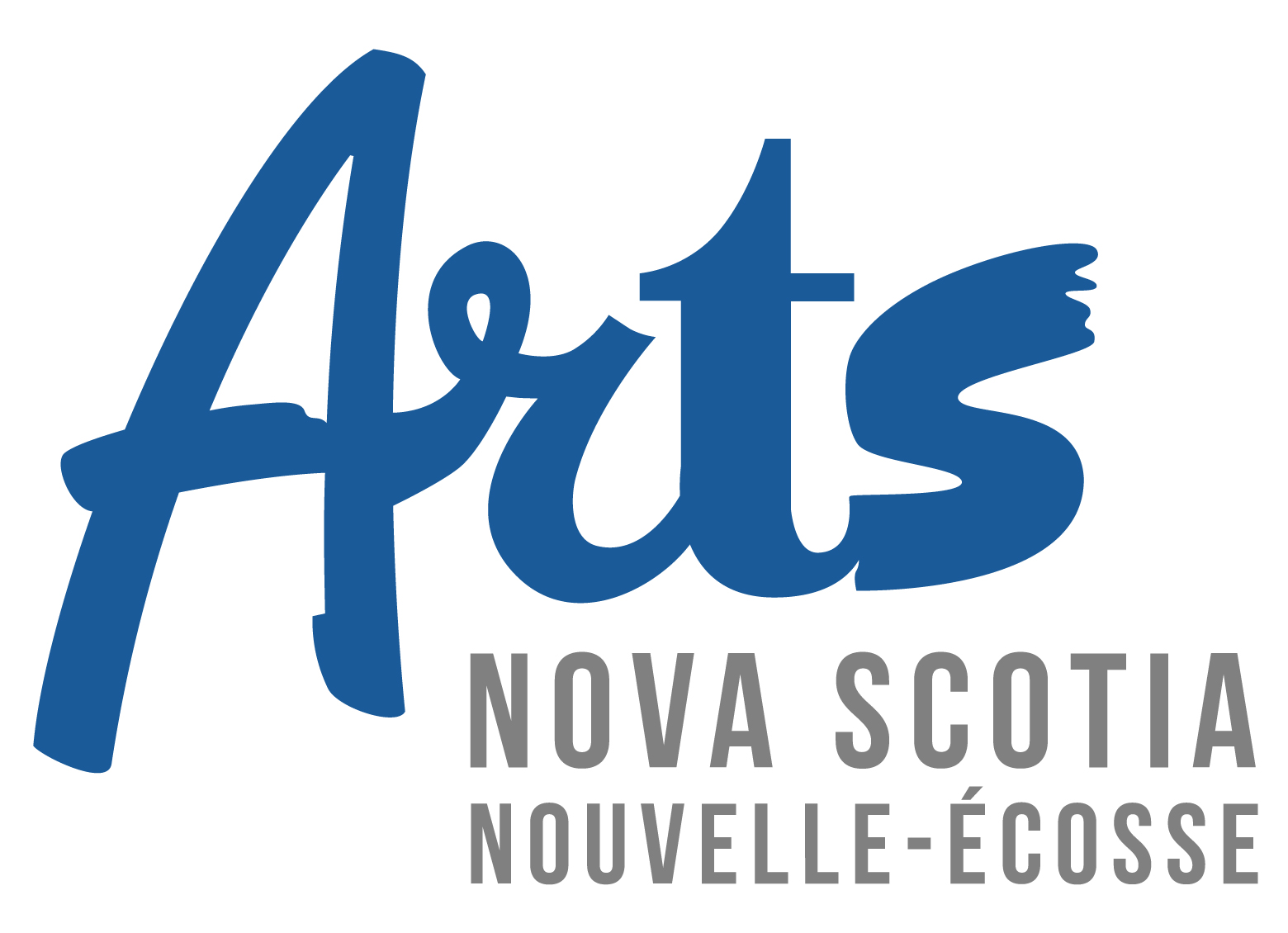